The third and final stop on our third day in Tokyo was at Seaside Top Observatory Deck.

This is, by far, my favorite stop out of our entire six-day trip. It felt as if I had all of Tokyo in arm’s length.

From the street market, Ameyayokocho, we took some time to go back to the hotel to rest and freshen up our evening tour of Minato-Ku and Shibuya. I never expected that the view of the city could be so mesmerizing! We stayed at the observation deck for a good two hours or so and I still didn’t want to leave.

The observation deck is located at Minato-Ku, which houses several embassies and domestic companies such as Honda and Fujitsu. Although Tokyo Skytree and Tokyo Tower are the most famous observation decks in Tokyo, this one is lesser known, but provides the same magnificent overlooking view of the city with less crowds.

From its 360-degree view, you can see the romantic red tower as it lights up at night and on a clear, sunny day, you can even see Mt. Fuji from there!

On our way there.

On the far left of the photo is the Shinkansen or the bullet train which is the busiest high-speed railway in the entire world as it connects the major cities of Tokyo and Osaka. It’s mainly a long-distance railway service.

By the next shot, it’s almost halfway the photo.

By the third, it’s there.

It looks marvellous, doesn’t it? Like a grounded airplane with no wings.

We made it to the building!

I was donning an oriental Madeline look.

We made it to the building!

It’s connected to the Pacific Ocean through the Uraga Channel to the far right of this photo.

You can see Odaiba across the bay. On the right is Rainbow Bridge, which illuminates in different colors at night as its name suggests using solar energy collected during daytime. Walkers can actually sit on the benches on its towers so you can watch boats pass by or Mt. Fuji on a clear day.

The Shinkansen from above. 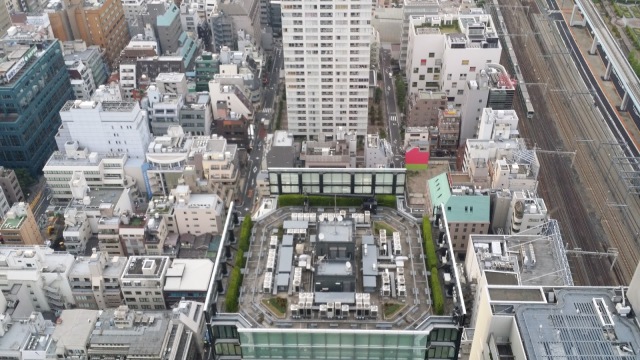 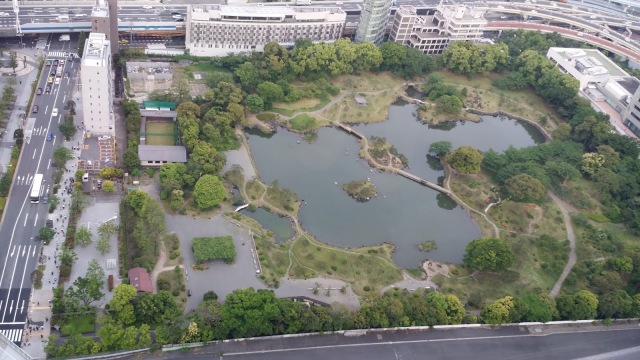 It used to serve as residence for samurais of government officials in the Tokugawa shogunate period until it became one of the imperial gardens of Japan’s emperors.

In the past, the garden used to be a part of Tokyo Bay until land reclamation projects have surrounded it with buildings. Today, it’s one of the two remaining imperial gardens in modern Tokyo.

The best photo we could take of ourselves in front of the view is still against the light.

The observation deck had a ledge right next to the window so you could sit on to gaze more closely at the sights. I enjoyed staying there immensely. 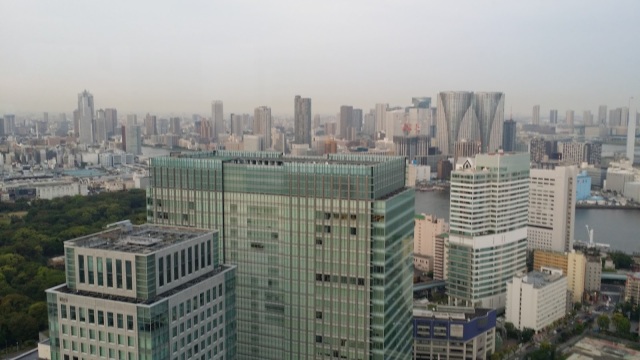 A miniature version of Tokyo Bay and the surrounding areas of the Harbour. 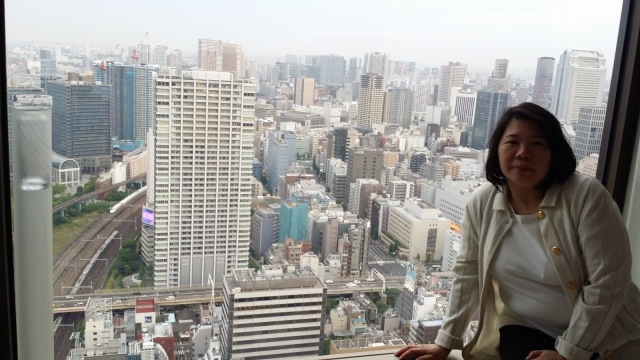 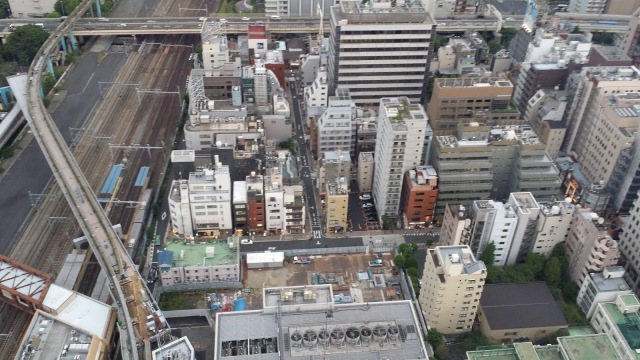 We watched the bright afternoon sky slowly burn into the warm colors of sunset and shifting until it turned dark, only lit by the lights of buildings and establishments.

Can you see the bright green circle across the waters? That’s Daikanransha, a ferris wheel, at Palette Town Odaiba, an amusement park.

The lights in the observatory deck were very dim. It was relaxing and peaceful to watch the city light up right before your eyes. I was drowning in all of it.

Have a look at the transition yourself: 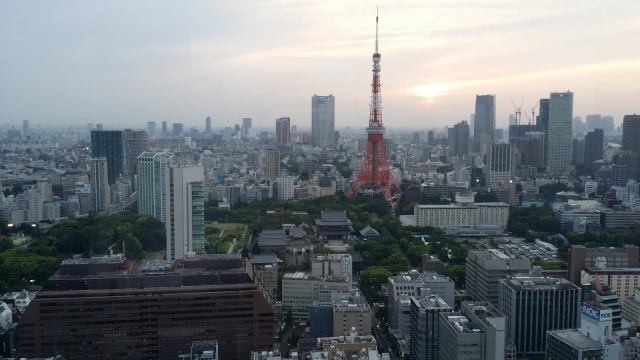 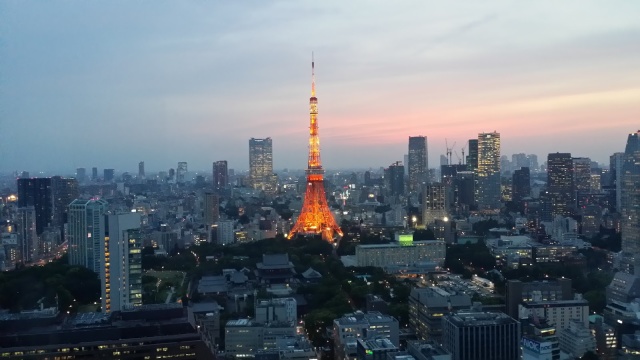 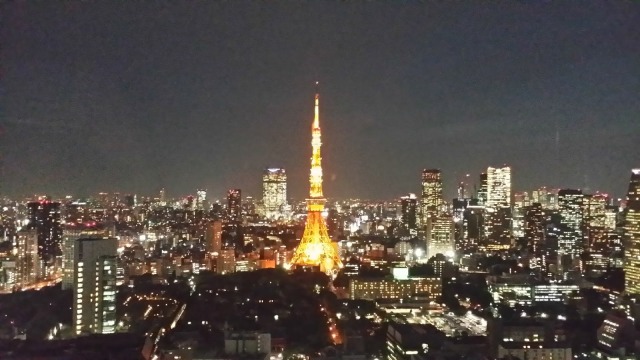 I wanted to spend the entire evening camping on one of their couches watching this. I loved every second of it.

Unfortunately, we still had one location for our itinerary for today: Shibuya. So with a heavy heart and a hungry stomach, I made my way to the basement for dinner with the rest of the family.

I was all smiles that night.

We had dinner at this place. The servers did not know English and we had a good laugh doing sign language with them. Lol.

I’d say this was our best dinner during our stay. The curry sauce was good enough to be the sole viand to the rice. Thumbs up! 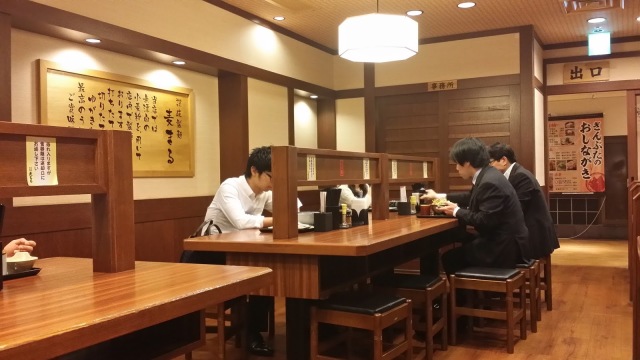 This place was filled with salary men! They even have these dividers for the tired and weary workers who would rather not socialise for dinner. 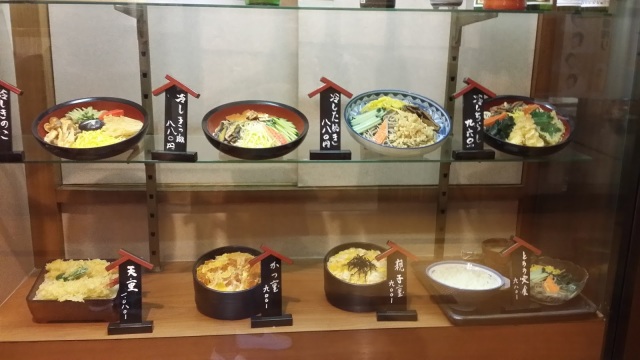 To read the previous posts about Tokyo, please refer to the links below: