When talks of lockdown began to circulate, I was entering my 24th year of life. On March 11, my birthday, I was already working two days at home. Instead of the birthday singing and greetings during coffee break at work, I celebrated the day at home. Not the least bit bummed out, I ate my pizza slices (with pineapples, if you were wondering) and spaghetti and chugged down a mug of Coca-Cola. My family sang me a happy birthday as I blew my candles and had cake. The greetings that flooded my social media accounts echoed the same well-wishes for me. I was twenty-four in the midst of a growing pandemic. Good luck.

How does one make sense of this? Days before, the sudden necessity for medical supplies such as surgical face masks pushed me to survey several different branches of Mercury Drug Stores late one night after I got out of my evening graduate class, determined to get at least three more packs of face masks. Faced with an invisible enemy, the threat of joblessness, and the looming lack of physical connection, I was at least preparing myself for one of the three. The alarmed rush everywhere swallowed me. I didn’t know what was going to happen next. I simply stopped making plans for my life.

By Tuesday the next week, the government placed Metro Manila under Enhanced Community Quarantine, suspending all work and unnecessary activities until further noticed. Stay at home, they all urged. After all, it was the safest place to be in in this situation.

Home, for me, was a place I believed needed to be outgrown. In my years as a very active college student, I didn’t spend much time at home. There was a point when it seemed like I lived in campus. I left the house at 6AM and stayed at school until late in the evening, squeezing as much errands and homework around Katipunan as I could in between classes and extracurricular activities.

At 19, I had big dreams. At times, I thought of working in the big city, mingling with new people and having meetings. Other times, I was the author of a best-selling book and was being booked (pun intended) for speaking engagements. During those years, being at home meant to me that I had failed. Being a homebody was a largely unpleasant idea to me. I wasn’t out conquering the world in one way or another.

This time, at 24, working as an English teacher and, at the same time, taking graduate studies, I was, once again, a busy bee. There wasn’t much time to stop. I was always preparing for this and that on a daily basis. Time swept me away and I had no control. So when the pandemic happened, instead of the childhood dread of staying at home, the standstill was very much welcomed, if not craved for. Everything was put on halt. And suddenly, life at home was not as bad as I had imagined. It was much needed respite to my restlessness.

In my attempt to make the most of the free time, I stumbled upon books I had bought, but never read, stored on the bookshelves. In my childhood, I consumed books as my escape from helplessness. But when life kicked off, I still had the habit of buying books only to store them away. I picked up a title I had bought two years ago. Since then, my goal was to read at least a book a week. I rediscovered the joy of bringing words to life in my head.

I also brought out blank canvases I got long ago. Up until now, I left them good as brand new, wrapped in plastic. Holding the paint brushes and letting acrylic paint reign on the blankness was another rekindled childhood passion. Surprisingly, my old paint lasted me through five canvases and counting.

Ironically, my 24th birthday, rather than a step forward into adulthood, was more of a return to childhood life, back to simpler times without travelling, shopping, and social media (I went on hiatus). Just as before, in this same space, it is a period of house chores, limited mobility, and creative expression, only this time with the maturity of age. Being at home at my age now allowed me to look at it in a different light. The home is not to be outgrown. It is a safe haven we return to at the end of the day. 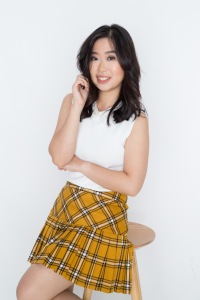